Hydrocodone: Use, Abuse and Controls on Prescribing

Hydrocodone is one of the most abused drugs in the U.S. and long-term use warrants close scrutiny and frequent re-evaluation

One of the missions of the U.S. Drug Enforcement Administration (DEA) is to enforce the controlled substances laws and regulations of the United States.1 The Controlled Substances Act2 specifies what constitutes a “controlled” substance and these qualifiers include:

Controlled substances are defined by levels of control on prescribing, referred to as schedules. There are five levels of control on these medications ranging from Schedule I (the highest abuse potential and the most controlled) to Schedule V (the least abuse potential and the least controlled). The five schedule levels are described in the sidebar and notes are included to demonstrate the decreasing level of control.

In most cases, the drug schedules assigned to each controlled substance help provide the necessary level of control. However, the drug hydrocodone may require tighter control than is currently in place. 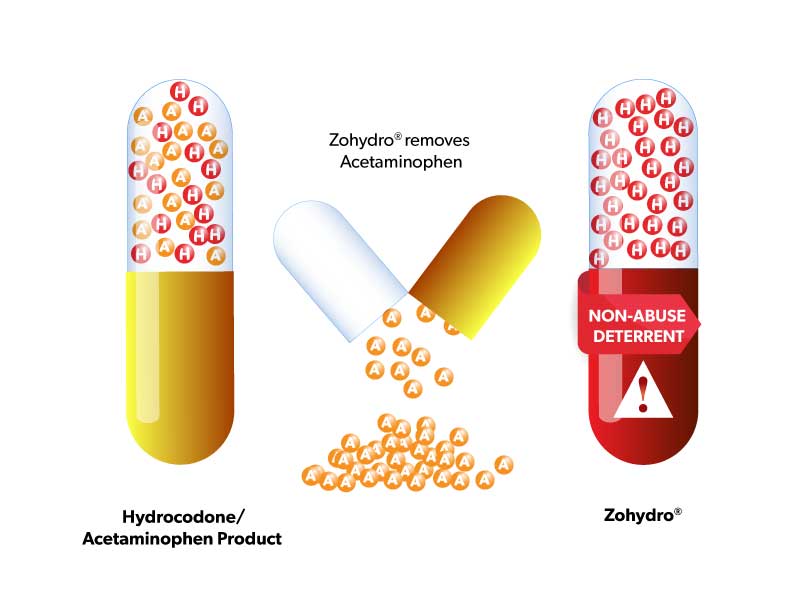 Hydrocodone-containing products are the most frequently prescribed opioid in the United States.3 Several of the brand names for the combination of hydrocodone/ acetaminophen include Vicodin®, Norco®, and Lorcet®. These combination products are classified as Schedule III which means that the opioid hydrocodone is perceived to have moderate-to-low physical dependence or high psychological dependence. At the time of this article, combinations of hydrocodone with acetaminophen or ibuprofen are the only products available. However, there is a hydrocodone-only product under review for approval by the FDA. It is a long-acting product named Zohydro®. Based on public information, it appears that Zohydro is not formulated to be abuse resistant or abuse deterrent.

Even more telling, the number of hydrocodone reports tripled in the 2001 to 2010 reporting period, making hydrocodone second only to oxycodone for analgesics products of concern.  The following is quoted directly from the report: “In 2010, more than 70% of narcotic analgesic reports were oxycodone or hydrocodone.” If Zohydro was introduced without an abuse deterrent formulation, it is likely that there would be substantial abuse of this product and this statistic could rise – given the fact that hydrocodone-containing products are currently highly abused.

Based on this information, it would be reasonable to think that perhaps more control is needed on hydrocodone-containing products. Yet, there is disagreement between the DEA and the FDA on this issue. The DEA has been trying to reschedule the hydrocodone/ acetaminophen products to Schedule II. However, the FDA has been resistant to this action.5

Despite the hesitancy on the part of federal regulators, other parties at the state level are taking action to more strongly control use of hydrocodone products. The Governor of Kentucky signed a law requiring prescribers to check the state’s prescription monitoring program before prescribing any drugs on Schedule II and drugs containing hydrocodone. The new KASPER law further requires prescribers to obtain 12 months of history from the state monitoring program before prescribing Schedule II and Schedule III drugs containing hydrocodone to a patient on the first visit and every three months thereafter.6 In addition to the Kentucky action, an FDA advisory panel voted 19 to 10 for stricter controls in hydrocodone-containing products.7 Further, the State of New York has made hydrocodone-containing products Schedule II which is stricter than the current DEA classification.8 The industry is taking note and acting on the growing abuse of hydrocodone.

The immediate release hydrocodone combination products contain hydrocodone 5 mg, 7.5 mg or 10 mg per tablet. Zohydro, because it is a long-acting agent, will contain a 12-hour dose of hydrocodone. The maximum dose per tablet of Zohydro will be 50 mg.

National and Regional Estimates for the 25 Most Frequently Identified Drugs

Estimated number and percentage of total drug reports submitted to laboratories from January 2011 through December 2011 and analyzed by March 31, 2012.

Zohydro is a long-acting opioid analgesic containing hydrocodone alone. It is intended to treat moderate to severe chronic pain when around-the-clock pain control is needed. The formulation uses the same drug release technology as Avinza®. Neither of these potent opioids is abuse resistant or abuse deterrent. The FDA Advisory Panel voted 11 – 2 against recommending approval for Zohydro, citing safety concerns.9 Specific concerns cited were: potential for increased drug abuse, addiction, diversion and overdose deaths with this product compared to other similar products. The committee also stated “… that the FDA should not approve ER/LA opioids without tamper-resistant or abuse-deterrent formulations.”

Arguments against increasing the control of hydrocodone products cite concerns for limiting patient access to medications. This concern is part of a larger issue — appropriate use of opioids for chronic, non-cancer pain management.

All stakeholders in the issue of opioid use, whether hydrocodone or another agent, need to keep the patient in mind. Chronic pain is a lifelong challenge that many injured workers are faced with. Opioids may be appropriate for end-of-life issues, but they may not be the answer for a lifetime of pain control. Claims professionals, payers and prescribers should be aware of the abuse potential for hydrocodone products and closely monitor any new opioid that does not offer an abuse deterrent formulation.

Healthesystems recommends close monitoring and drug plan prior authorization for Zohydro use when it becomes available. As with any long-term opioid use, regular patient monitoring and documentation from the prescriber regarding functional improvement, random urine drug testing results and periodic dose reductions or attempts to discontinue opioids are also strongly encouraged.