Several states have been putting controls in place to better manage the use of Schedule II opioids in workers’ compensation.  Payers may be able to look towards states like Washington and others that have implemented evidence based guidelines to incorporate similar methodology when operating in states without controls.

Within the last decade, opioid treatments for chronic, non-cancer pain have grown significantly. An estimated 32 percent of all workers’ compensation patients nationally received  opioids and in increasingly higher doses.1  In the state of Washington, from 2002-2005, 42 percent of workers with compensable back injuries received an opioid prescription in the first year after injury, most often at the first medical visit for that injury. A study published in the Clinical Journal of Pain, found that 16 percent of those same workers were still receiving opioids one year after injury.2

Injured workers in Washington were  prescribed opioids at a rate that exceeded the national rate and state regulators enacted opioid control measures several years ago. They implemented a guidelines supplement that addresses each phase of an injured worker’s treatment plan and created some of the most stringent, evidence-based controls in the country around the use of opioids for pain management.  The guidelines supplement became effective in July 2013.

The actions taken by the state of Washington are certainly not the only measures being used to reduce opioid prescribing and gain control of abuse and overprescribing. Across the country, there is much activity at the state level regarding use of opioids in workers’ compensation. States are taking a variety of measures that include: 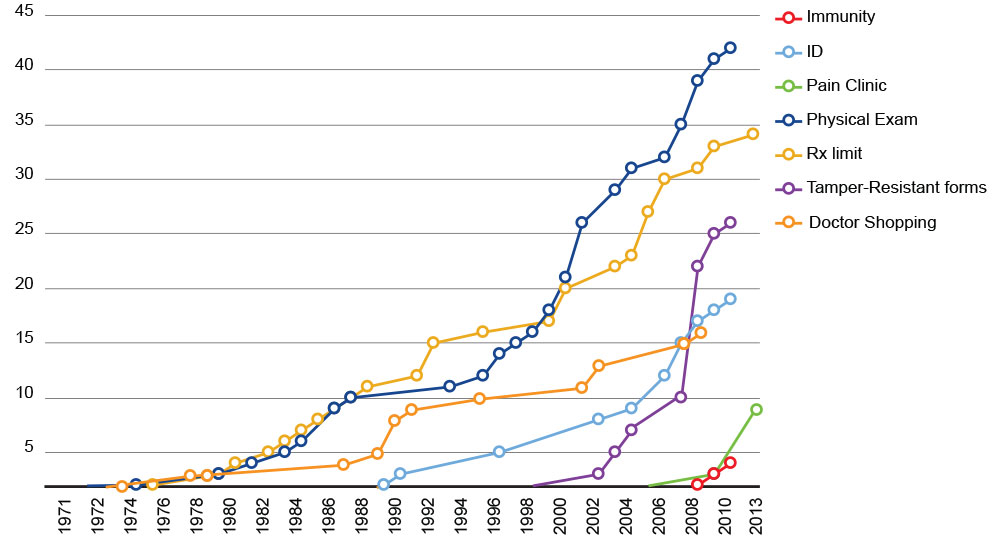 These efforts are critical. The Centers for Disease Control recently reported that the U.S. is facing an epidemic of opioid overdoses.3 The chart above demonstrates the increased interest in this area by the type of legislation being enacted or considered by several states.

Only nine states have implemented regulations to address pill mills – a term that describes a doctor’s office, clinic, or health care facility that routinely conspires in the prescribing and dispensing of controlled substances outside the scope of the prevailing standards of medical practice in the community or violates the laws regarding the prescribing or dispensing of controlled prescription drugs.4 While not all pain clinics are dispensing inappropriately, the lack of regulation in pain management clinics allows such clinics to prescribe controlled substances with no state oversight — often without conducting a physical exam or collecting a medical history. Nine states have taken steps in the right direction but there is great opportunity for other states to address the loopholes in state opioid control statutes.

In other areas, however, states have made progress. As opioid use has risen, so too have the safeguards enacted by various states to ensure patients’ health and safety.  Healthesystems encourages workers’ compensation payers in states where no restrictions exist to consider adopting their own opioid therapy guidelines within their pharmacy benefits plan designs – whether they draw from the Washington guidelines, other states or a combination — while taking into consideration the impacts of those guidelines on their total claims population.

While the state of Washington’s guidelines supplement is considered to be among the most stringent in the country, it should be noted that the guidelines apply only to injuries covered by the state’s fund and not to the state’s self-funded employers. The limitations on opioid use are a growing trend that may become the standard of care and, therefore, will be of interest to all workers’ compensation payers. These guidelines emphasize proper and necessary care at all phases of opioid therapy, which includes:

When it comes to regulating opioid therapy, there are myriad competing interests and significant opportunity for all stakeholders – payers, PBMs, prescribers and others – to help shape the legislative process and bring more visibility to opioid use in the workers’ compensation arena.

Payers doing business in states without stringent opioid management legislation should consider their own evidence-based controls depending on state regulations.

By advocating for decreased opioid use, increased documentation of patients using opioids in therapy, and thoughtful use of any available alternative therapies, payers may be able to effect more positive changes in their states and within their own book of business. 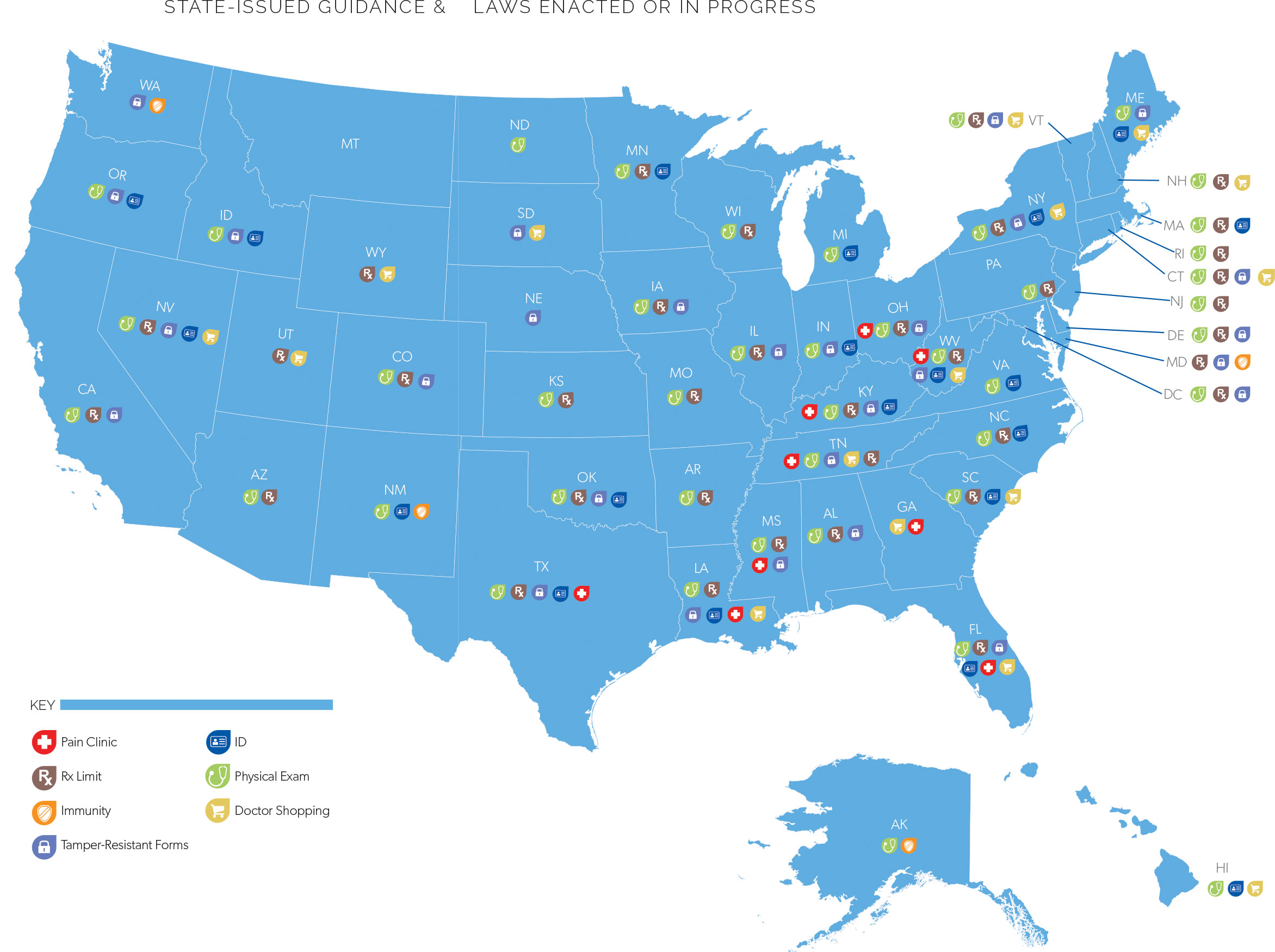