A physician followed an opioid tapering plan to reduce an injured worker’s morphine equivalent dose (MED) by 50 percent. He is at a crossroads in his efforts to reduce MED further because alternative therapies are needed.

Case Scenario Background: Dr. Jones inherited Patient X six months ago when the patient moved to a new community. The patient had suffered a shoulder and neck strain at work two years ago and continues to experience radiating pain. Her drug regimen includes multiple opioids and a muscle relaxant. The patient became clinically depressed and psychiatric drugs were added to her drug therapy; however, she did not take them regularly and her depression worsened.

Clinical Guidance From the PBM

The physician was concerned about the patient’s high morphine equivalent dose (MED) and ongoing depression. A conversation with a clinical pharmacist experienced in pain management at the workers’ compensation carrier’s PBM provided information on evidence-based opioid tapering techniques and streamlining of therapy. (See related article on page 30).

The physician followed the recommended steps, and over a six-month period reduced the patient’s MED by 50 percent. Further tapering is needed along with a change in treatment regimen for the patient’s depression, which is not responding well to medication alone.

The physician and patient are at a crossroads. If no adjunctive therapies are added to the patient’s current drug therapy regimen, the MED will likely increase by 40 percent over five years.1 If the payer approves use of alternative therapies such as cognitive behavior therapy, physical therapy and/or non-pharmacologic treatments like massage, acupuncture and chiropractic services, the possibility opens up for opioid therapy to be discontinued at some point and the patient to return to work.

In this typical example, the cost of drug therapy for pain management and depression is about $925 per month. Without alternative therapies to achieve further tapering, opioid therapy may continue indefinitely. Costs will escalate as higher opioid doses are needed and additional drugs are prescribed to treat side effects. If the patient is unable to return to work, the total claim costs will be significantly higher. 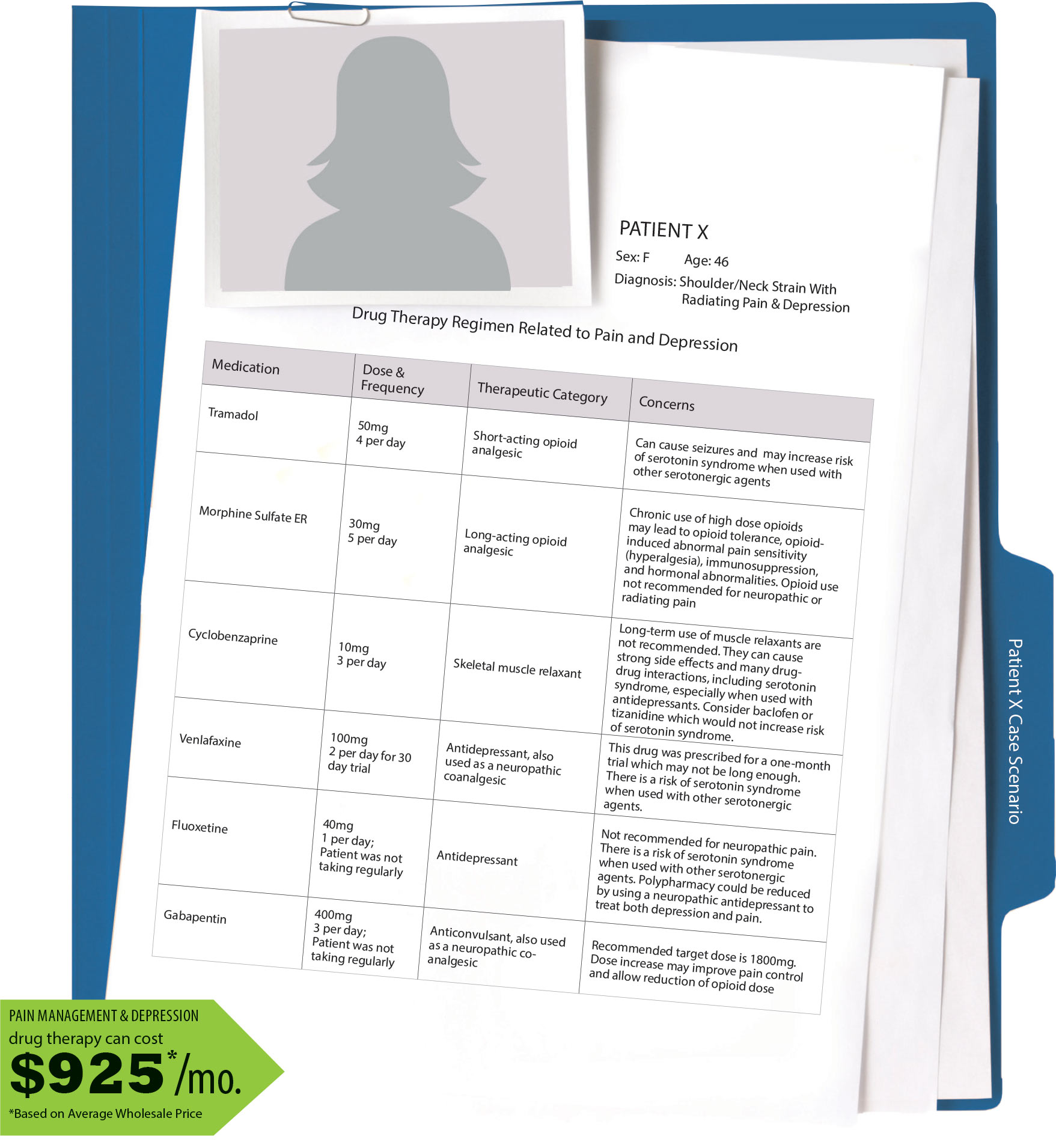 The cost of adjunctive and alternative therapies will be higher than the current drug therapy costs, depending on what is needed. However, the new therapies are likely to be needed for a limited period of time. If successful, alternative therapies can open up the possibility of the patient discontinuing opioid therapy at some point and returning to work. This could significantly reduce the overall cost of the claim.

Each claim is unique and the circumstances must be considered on a case-by-case basis. There may be cases that can benefit from alternative therapies to supplement or replace traditional drug therapies.