Step therapy and therapeutic interchange programs provide valuable opportunities for payers to provide injured workers with appropriate therapies and limit use of expensive prescription drugs to patients who need them.

A number of prescription and over-the-counter drug therapies on the market offer similar therapeutic benefits at costs that vary widely. Careful analysis of the characteristics, benefits and costs of each drug and a review of evidence-based treatment guidelines can provide a strong foundation for implementing step therapy and therapeutic interchange programs. These innovative programs help payers and prescribers partner to provide patients with more appropriate drug therapy in a cost-conscious manner.

Sam is a 28-year old office worker. He was prescribed Celebrex for a work-related back strain. His employer’s PBM implemented a step therapy program that flagged the Celebrex prescription for prior authorization when it was entered by the retail pharmacy. The PBM reviewed the claim eligibility data to determine if Celebrex was an appropriate choice. The review revealed that Sam was young and had no previous history of traditional NSAID use or GI issues. That led to a determination that Celebrex was not an appropriate initial therapy for him. The pharmacy was asked to contact the prescriber for a less costly traditional NSAID.

In the example, Sam needed an NSAID, but did not need the protective properties offered by Celebrex. Of the population using NSAIDs, the subset that requires those properties is very small. It includes older patients, patients with a history of GI complications and patients who have not benefited from or tolerated traditional NSAID therapy. Celebrex therapy should be reserved for those patients.

Healthesystems conducted a pilot step therapy program for Celebrex that garnered an average savings of 81 percent. In nearly 70 percent of cases, Celebrex prescriptions were not filled or were filled with a generic NSAID substitute after intervention.

Step therapy relies on established evidence-based treatment guidelines to define the order in which drugs should be prescribed for certain conditions. The program typically guides physicians to prescribe lower cost, lower risk drugs as a first step. They can incrementally move to prescribing higher cost, higher risk drugs on subsequent steps until the patient responds favorably. 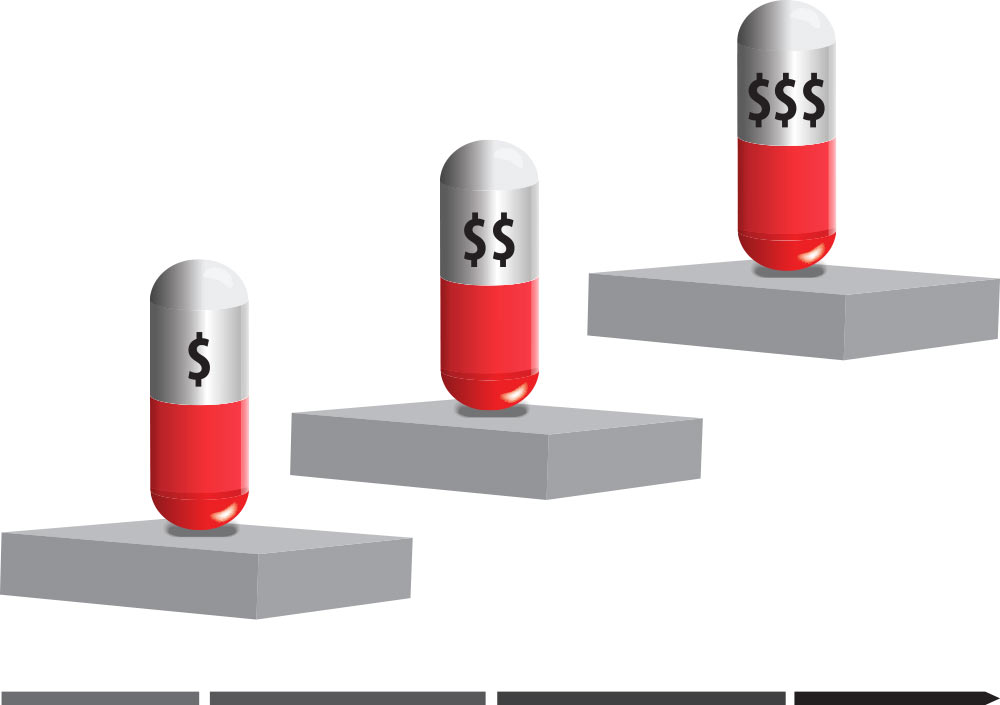 Celebrex® is a good example of a drug that can be well controlled through step therapy. It is the most expensive of the nonsteroidal anti-inflammatory drugs (NSAID) available to treat acute musculoskeletal injuries such as knee, back and shoulder sprains and strains, which represent the majority of first-time workers’ compensation claims.

Celebrex is perennially in the top five NSAIDs prescribed.1 It has a unique characteristic that protects against stomach ulcers — a chief side effect of long-term NSAID use. No other NSAIDs offer this protection. Since its release in 1998, Celebrex has been widely used to help avoid the adverse gastrointestinal (GI) effects of traditional anti-inflammatory medications. The traditional or non-selective prescription and over-the-counter alternative NSAIDs available include ibuprofen (Motrin®), meloxicam (Mobic®) and naproxen (Aleve®).

As more drugs become available within individual therapeutic drug classifications, there is often a large cost disparity among medications. When all characteristics are equal, cost can become the determining factor in therapy selection. 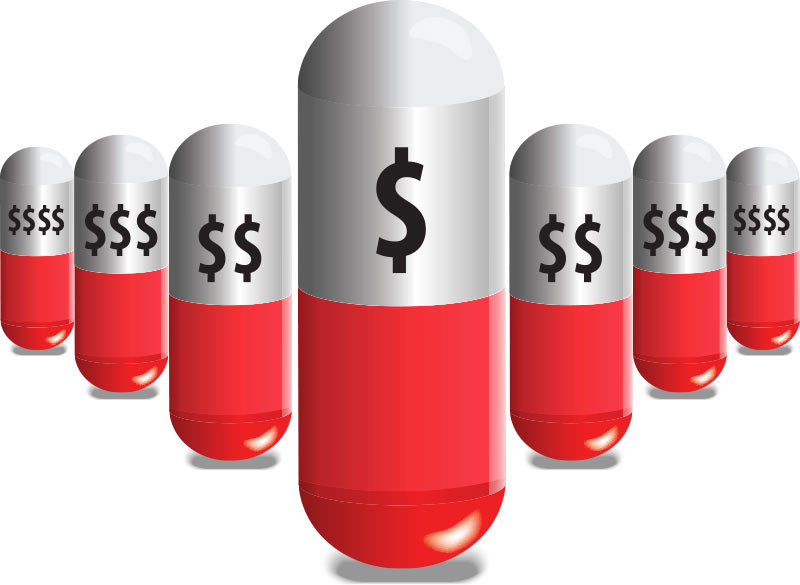 Therapeutic interchange incorporates this logic and presents another opportunity for payers to reduce pharmacy costs. Therapeutic interchange involves substituting requests for higher cost agents with lower cost alternatives. The program establishes a protocol for prescribing the least costly member of an individual drug classification — as long as the drug contains pharmaceutically-similar agents and has a similar or identical mechanism of action. These similarities often produce identical clinical benefits.

The cost of therapy with proton pump inhibitors (PPI) can be better controlled through therapeutic interchange. PPIs reduce stomach acid production. They benefit patients with gastroesophageal reflux disease (GERD) or who are taking NSAIDs because they protect against NSAID-induced stomach upset. Six prescription formulations are available. Prilosec® and Prevacid® also have over-the-counter formulations.

Prescription Nexium® was the number two drug prescribed in the US in 2013.2 Gastroenterology experts agree that all PPIs confer a similar clinical benefit. Given the widespread use of prescription PPIs, requesting substitution for an OTC formulation through therapeutic interchange can result in substantial annual savings.

A review of the 30-day cost of therapy with proton pump inhibitors illustrates the potential impact of therapeutic interchange.* 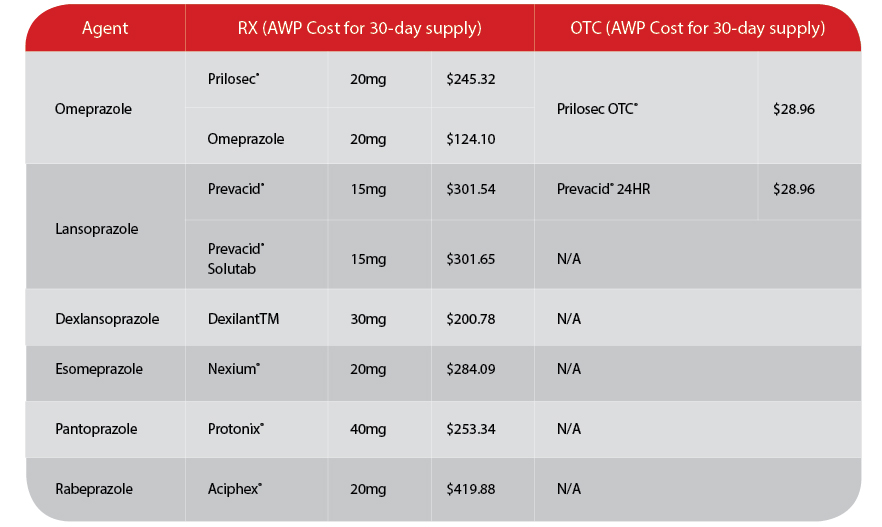 * Note: AWP costs can change over time. AWP cost reflects rates at the time of publication

Step therapy and therapeutic interchange have been widely used in group health to support clinical practice guidelines. They hold real potential for workers’ compensation payers to ensure quality care and limit use of costly prescription drugs to patients who need them.

Compounding Trends Are Cause for Concern

Abuse-deterrent technology: The safest opioid is the one left unprescribed