STATE OF THE STATES 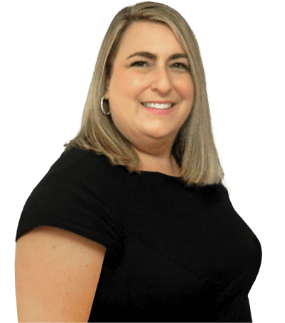 STATE OF THE NATION
WITH SANDY SHTAB

Sandy Shtab, Healthesystems AVP of Advocacy and Compliance, comments on regulatory activity around the country.

A Look Back – and Forward Progress

It’s that time of year. Public policy discussions are in the refinement stage where they’re developed and negotiated to gain support for significant change. In workers’ comp, some of the issues put to the test in 2019 will carry over to 2020, but they’ll be joined by new issues, some of which could be impacted by changes in state leadership post November elections.

Let’s review some of those hot topics from 2019 and what we predict will be top of mind in workers’ comp and healthcare in 2020:

California Assembly Bill 5 is one of the most impactful laws passed in workers’ comp. Some say it could eviscerate the gig economy as it impacts companies like Uber, Lyft, Postmates, Amazon, and DoorDash. The California Department of Industrial Relations notes the bill was a victory for employees in the state, leveling the playing field for ”responsible employers who honor their lawful obligations to their employees,“ which include the provision of employee benefits such as workers’ comp. The Department cited employee misclassification as responsible for lost ”payroll tax revenue to the State, estimated at $7 billion per year.“

The new law is expected to cost consumers and tech firms billions, with some sources reporting it could bankrupt certain firms. This sweeping legislation is controversial as there were many professions carved out from the new law, including physicians and other licensed medical professionals, attorneys, financial planners, brokers and accountants, insurance agents, realtors, hairstylists, freelance writers and even some owner/operator truckers.

The Indiana bill, the basis for the initial draft, has been modified with input from insurer, PBM, and other stakeholder communities, and is likely to be approved at the NCOIL Committee meeting in mid‐December. Though additional changes may be made between now and the Committee’s next scheduled meeting, it is likely there will be a handful of states that will again attempt to pass formulary legislation in 2020, including Illinois, Louisiana and Pennsylvania.

A slew of bills in recent years now afford first responders ease of entry to benefits for certain cancers and post‐traumatic stress disorder (PTSD). Today, 44 states have some type of presumption legislation for firefighters, and this year alone, 11 states proposed expanding presumption laws already in place.

Expect 2020 to bring additional proposed changes, as no consensus has been reached where the line can be drawn on compensability and which workers should be covered. For example, educators could be exposed to a PTSD diagnosis following an active shooter event, begging the question of how prepared are public employers, with insurance programs funded by tax dollars, to assume costs associated with expanding groups of occupational exposures.

Eleven states, D.C. and three U.S. territories either decriminalized or approved recreational use as of January 2020, while 33 states regulated medical marijuana marketplaces and registries. Marijuana policy has gained wide acceptance as a medical treatment for a variety of conditions, despite limited evidence. In early 2019, hemp and cannabidiol (CBD), began showing up on convenience store shelves, department store beauty counters, and luxury hotel spas.

Manufacturers are marketing CBD deodorants, dog treats, facial moisturizers, massage oils and more, making unproven medical claims, stating that CBD can treat conditions from arthritis to anxiety and even opioid use disorder. As Congress considers the SAFE Banking Act this fall, and as the FDA approaches the ”science, safety and quality of“ cannabis products, the path for more research is widening substantially. Scientists may soon have better access to study and assess marijuana as medicine, greatly impacting public safety and healthcare policy.

Telemedicine and telehealth have been embraced for over twenty years by the Centers for Medicare and Medicaid Services (CMS) and group health, and legislation is only now starting to catch up, developing regulatory frameworks for licensing and reimbursement, a great necessity as fraud, waste and abuse concerns arise.

The Department of Justice arrested 24 individuals in a nationwide scheme using telemedicine as a billed service to connect with and distribute DME to patients for whom they had no doctor‐patient relationship, allegedly costing $1.2 billion in Medicare payments from 2016‐2019.

Telemedicine services are not widely used today in workers’ comp, though there’s no specific prohibition against it. Some claim telemedicine can be useful in rural areas for patient convenience and that employers can reduce lost time for minor injuries where workers can be assessed on‐site via mobile device. However, there is no data to support significant growth in comp claims year‐over‐year. Expect more legislation for increased oversight into telemedicine as patients grow accustomed to using smartphones and computers to connect with care services.

The Association of American Medical Colleges reports a projected shortage of physicians between 50,000 and 120,000 by 2032 for primary care and specialty services. Considering such findings, it is no surprise that scope of practice bills are gaining momentum to offset this expected need for more care.

Not long ago, pharmacists were not permitted to offer flu shots, yet today nearly every retail pharmacy offers this service. Physician extenders, as they are often called, can include physician assistants, nurse practitioners, acupuncturists, dentists, PT assistants, and addiction specialists.

Though it is unlikely a dentist will ever perform an arthroscopy, it is possible that trained and properly licensed medical professionals may support additional types of related health services such as addiction treatment and behavioral health treatment.

In Texas, several bills were written to expand scope of practice for pharmacists to furnish medications for some acute conditions without a physician’s order. One bill was written to enable patients to receive physical therapy services without a physician’s order and for nurse practitioners to prescribe without physician oversight. Though most state medical associations oppose this type of legislation, there is a clear need to find a solution for this impending shortage of care. For more information on impending physician shortages, see When Demand Exceeds Supply: Older Patients and Fewer Physicians in Workers’ Comp

Arizona’s Industrial Commission published its most recent update to their Physicians and Pharmaceutical Fee Schedule, incorporating many needed controls on abusive billing and dispensing practices for pharmaceuticals, as required by legislation passed in 2018.

The new requirements within the fee schedule were determined based upon input received through an open and transparent public hearing and comment period, in which the Healthesystems Advocacy & Compliance team provided ongoing input to the Commission in support of the new rules.

Effective October 1st, there is a 10‐day supply limit for all physician‐dispensed medications. The Commission also adopted a price cap for over‐the‐counter and topical compound medications, along with similar price controls on medications when dispensed from pharmacies not generally accessible to the public. This new fee schedule is expected to reduce or eliminate many of the abusive dispensing practices which have driven up drug costs over the past few years.

California’s workers’ comp drug formulary went into effect January 1, 2018, and results to date indicate overall drug costs are declining, along with frictional costs related to independent medical and bill review. The WCIRB’s recent quarterly experience report indicates pharmaceutical costs continue to decline year over year, with an 80% drop in cost per claim from 2012‐2018.

This can be attributed to many factors, including the formulary itself, increased prescriber education and outreach, mandatory reporting to the state’s prescription drug monitoring program (PDMP) – known as CURES – and public education on the opioid health crisis. In support of the formulary process, the California P&T Committee continues to meet quarterly to discuss eligibility of any new drugs coming to market, refinements to current recommendations and understanding cost drivers for certain medications.

California insurers may soon be able to access CURES, pending the implementation and rule development associated with Assembly Bill 528. The bill requires the Department of Justice to develop regulations for delegated access to the CURES system. This could open the door for third‐party payers, such as workers’ comp carriers, to access the system in support of the claims and medical management process.

The Kentucky Labor Cabinet notified stakeholders that it permanently adopted the ODG formulary retroactively for any injury on or after July 1, 2019. For claims with an injury date before July 1, 2019, the formulary would become immediately applicable for any newly prescribed drugs. For prescriptions previously written and approved prior to the July 1st effective date, the prior authorization rule would become effective on January 1, 2020. This grandfathering period will prevent any hard cut‐offs of medications that could be harmful to injured workers, allowing physicians to wean patients off inappropriate medications and switch to ”Y“ status medications, or substantiate the medical necessity for ongoing ”N“ status (non‐formulary) medications.

FLORIDA
Florida Moves to Get Medications from Canada

Earlier this year, Florida Governor Ron DeSantis signed a law to ”open the door“ to medications from Canadian pharmacies. However, there are still several hurdles to overcome. The bill requires federal signoff, and given the ongoing federal focus on drug pricing, this issue is a moving target with multiple proposals from Congress and the White House, none of which have been acceptable to drug manufacturers or insurers.

Legislation would be needed to enable regulation and oversight by agencies like the Department of Health and Human Services, the FDA, and potentially individual states’ Boards of Pharmacy. This is the first bill of its kind to be signed into law in Florida, though other states have attempted similar changes in recent years. Critics are skeptical about the application of the new law, and at this time it is unknown how or if this plan will come to fruition.

New York’s formulary rule is a first of its kind in workers’ comp. Effective December 5th, this formulary is based on the ACOEM formulary and has three phases of care with a drug list broken down by preferred drugs, non‐preferred drugs, and body part. There is a grandfathering process for claims with non‐preferred medications that were filled prior to implementation, though the formulary becomes effective on June 6, 2020 for these exceptions.

Prescribing physicians are required to utilize the NY Workers’ Compensation Board (WCB) medical portal to initiate any authorization requests for non‐preferred drugs. The carrier will have to respond in the portal with their approval sent directly to the prescriber. Pharmacies do not have access to the portal and will still require an approval directly from the PBM, if applicable, or from the claims professional. Though the portal has not yet been launched, the WCB has said it should be accessible just prior to the formulary effective date, either in late November or early December of 2019.

Texas
Legislative Highlights from the Division of Workers’ Compensation (DWC)

A recent report from the Texas DWC highlights some of the most significant bills passed into law in 2019. HB29 allows injured workers to obtain physical therapy services without the referral of a physician for up to 10 consecutive days if the therapist meets certain educational and professional requirements.

SB935 clarifies that care provided in a federal military treatment facility is exempt from some workers’ compensation requirements, and SB2551 extends the existing law for firefighters and EMS workers as it relates to cancer presumptions.