Mark of the Millennial: Managed Care for a New Generation

Millennials are slated to make up a bigger portion of the workforce in the near future, and the impact on healthcare, and by extension workers’ compensation, looks to be multifaceted, hitting topics such as diversity, alternative medicine, technology, and psychosocial concerns.

The face of the U.S. workforce is changing, and while a portion of it grows older (see Valuable Assets: Appreciation and Care Considerations for Older Workers), there is a newer, younger population entering it en masse – the millennial generation.

According to the U.S. Census Bureau, the 83.1 million millennials in the U.S. make up 25% of the population, and they now officially outnumber baby boomers.1 By 2020, they are expected to make up half the workforce,2 and they will undoubtedly shift claim demographics, making it important to understand how this generation may change workers’ compensation. 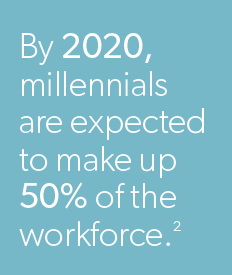 This population is defined by much more than their age (which as of 2018, falls into the age range of 22-37, or those born between 1981-1996). This generation grew up with greater access to technology, and by extension greater access to information. They have also experienced incredible socioeconomic change in their lifetimes.

So from a healthcare perspective, what sets millennials apart from previous generations?

In 2014, the U.S. Census Bureau found that 44.2% of millennials were classified as minorities, and that 50.2% of children under the age of five were of a minority race.1 The Bureau of Labor Statistics predicts that by 2024, 43% of the workforce will be composed of minority workers.3

What does this mean for workers’ comp? Differences in ethnicity and socioeconomic backgrounds often present different health concerns, which play an important role in care management and – dependent upon how appropriately care is managed – patient outcomes. 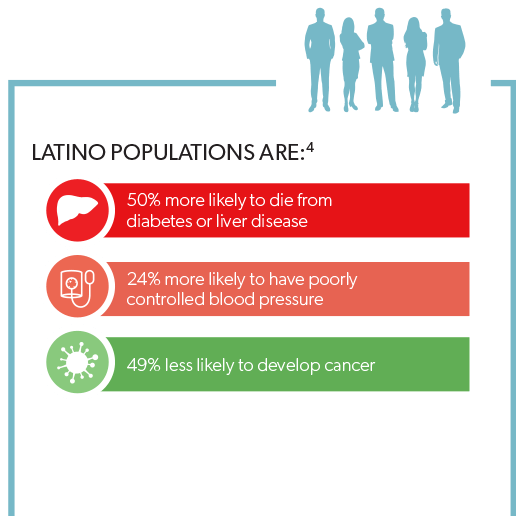 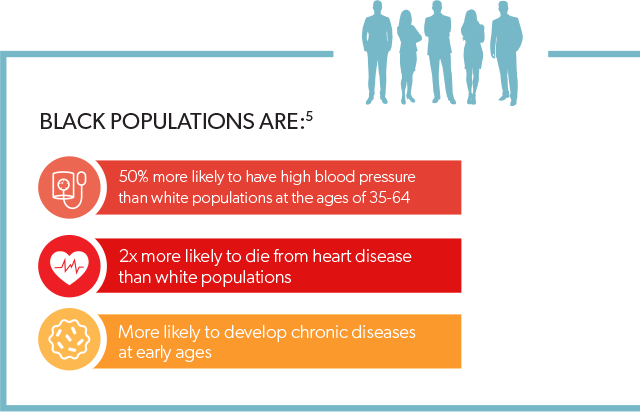 Considering that workers’ comp claims with a comorbid diagnosis can have twice the medical cost of other claims,6 understanding the health impacts of patient diversity is paramount to effectively managing care.

Not only can ethnicity present nuanced medical considerations, but cultural differences can impact how a patient navigates workers’ comp and receives medical treatment. Beyond potential language barriers, members of different cultures may have different beliefs and attitudes surrounding issues such as reporting an injury, seeking care, disability, loss of work, and more, which can cause concerns in a claim if not properly addressed.

Furthermore, members of different cultures may look beyond Western medicine and embrace folk medicine native to their culture, sometimes even visiting healers and other non-traditional health practitioners.

While such approaches to care do not typically fall under the purview of workers’ compensation compensability, from a patient management perspective, it is helpful to have a holistic understanding of a patient’s treatment plan and to understand elements of cultural sensitivity.

Minorities are not the only millennials who turn to alternative therapies. Data imply this generation has less faith in the modern healthcare system than previous generations, as 45% of doctors agree that millennials are more likely to challenge treatment recommendations than other patients.7

And this attitude isn’t limited to patients. Sixty-five percent of millennial doctors do not trust information from pharmaceutical companies to be fair and balanced, compared to 48% of their older peers.8

An estimated 25% of millennials use alternative therapies more than conventional options.10

Currently, the evidence base for alternative therapies varies, and can be limited depending on modality. But more than ever, credible institutions are seriously studying the applications of alternative medicine. Fifty reputable institutions around the U.S. have recently established alternative or complementary medicine programs, including Harvard, Stanford, Duke University, and the Mayo Clinic.11

Furthermore, organizations such as the American College of Physicians12 and the FDA13 have voiced support for the use of alternative therapies in the management of pain. Evidence-based treatment guidelines, including the American College of Occupational and Environmental Medicine (ACOEM) guidelines and the Official Disability Guidelines (ODG), include recommendations for the appropriateness of select alternative therapy modalities for the treatment of chronic pain, such as yoga and acupuncture.14

What does this mean? Quite simply, there is an increased demand for alternative therapies. Not only could this spur further research into their clinical effectiveness, but greater acceptance among medical communities and the general public could fuel questions of compensability surrounding alternative therapies.

Regardless of compensability, patients may embrace alternative therapies on their own accord, making communication vital in establishing a more holistic picture of the patient’s recovery efforts to better manage care.

While the numbers may vary by source, an overwhelming majority of millennials support the legalization and use of marijuana. The Pew Research Center found that in 2016, 71% of adults aged 18-35 were in favor of marijuana legalization, voicing more than twice the support of similarly aged individuals in 2006.15 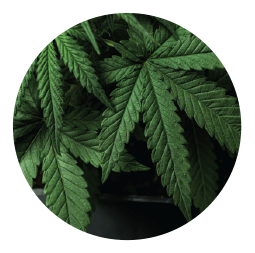 As marijuana continues to see varying levels of legalization for recreational and medical use across the country, the simple fact remains that as more people, particularly millennials, consume marijuana, its impact on claims will grow more prevalent, requiring action. While the healthcare industry, and specifically workers’ compensation, is frequently slow to adopt new technology, the demand from millennial populations could pressure stakeholders into implementing newer technologies into their programs at a faster rate.

Forty-eight states currently provide reimbursement for some form of live video telehealth in Medicaid fee-for-service programs.21 There is clear precedent for telemedicine’s growth in workers’ comp, and that growth may increase substantially as millennials begin to make up high portions of claimant populations, making telemedicine a subject to watch carefully.

Beyond healthcare and workers’ compensation, mental illness has received much more attention in mainstream media in the last several years than ever before, and for good reason.

A study that measured symptoms of anxiety and depression going back from 1938 up to 2007 found that such symptoms increased from generation to generation,22 and the American Psychological Association reported that millennials display higher average stress levels than other generations. Millennials are also more likely to say their stress has increased in the past year.23 Many have attributed the increase in psychosocial concerns to an increase in stressors in the modern world. Such stressors would include changing family dynamics that reduce emotional support systems, such as increased divorce rates, a higher propensity to move further away from families, and the delay of marriage.

Significant economic upheaval has been discussed as well, as the impacts of the recession cannot be overlooked. The recession saw a record high youth unemployment rate of 19.1% in 2010,24 while in 2015, millennials in New York City earned 20% less than the generation before them.25 Meanwhile, student loan debt continues to increase while every other type of debt decreased among the general population since the start of the recession.26

One caveat on this increase in psychosocial symptoms is that, culturally speaking, millennials may simply be more open to discussing mental illness than previous generations, which could drive the higher numbers.

This openness is a more recent social change that may better help uncover potential psychosocial barriers to recovery. Addressing these barriers as they appropriately relate to the workplace injury could facilitate recovery in ways previous generations were uncomfortable with. If this is the case, a stronger application of the biopsychosocial model, integrating treatment modalities such as cognitive behavioral therapy, could possibly result in better claims outcomes to a generation more willing to explore how their emotions impact their health. Patient Engagement Is Personal: How to Help Injured Workers Help Themselves