STATE OF THE NATION

STATE OF THE NATION 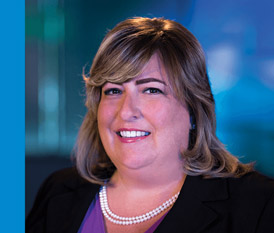 Sandy Shtab, Healthesystems AVP of Advocacy and Compliance, comments on regulatory activity around the country.

The outcome of the 2016 elections has resulted in intense debates on the direction and sustainability of our evolving economic and healthcare systems. Many in our industry are deliberating how national healthcare policy changes will impact the primarily state-driven workers’ compensation industry.

In several states, economists and public healthcare experts are considering the downstream impact of reduced Medicaid funding promised during the election cycle, especially in states that expanded Medicaid under the Affordable Care Act. At least one state is contemplating rolling workers’ compensation into a 24-hour coverage system. Another consideration is the expected dissolution of the National Office of Drug Control Policy, and how this will affect the opioid epidemic. Conflicts in federal and state laws on medical marijuana are also of concern, as are the expectations that FDA regulations for drug approvals will be relaxed to speed medications to market.

These topics have the potential to impact patient care and return-to-work, and so it is important that we watch these events unfold and ask ourselves; how will these issues manifest themselves in the workers’ compensation world, and how will they impact the injured worker?

The Division of Workers’ Compensation’s Annual Educational Conference aimed to update system stakeholders on efforts to improve the speed and quality for delivering both medical and indemnity benefits to injured workers while balancing costs for employers.

Stakeholders were updated on the timeline of a final proposal for a state mandated formulary under Assembly Bill 1124, with an expected effective date of July 1, 2017. The latest rule version and preferred drug lists were released on March 17th, with a public hearing date scheduled on May 1st. Director George Parisotto also spoke about emerging rule changes that would implement Senate Bill 1160 and Assembly Bill 1244, impacting utilization review. Those rules are expected to become effective in January 2018.

Other notable presentations included The High Cost of Benefit Delivery, where Mark Priven, President of Risk Management Consulting at Bickmore, and the California Workers’ Compensation Institute’s (CWCI) Alex Swedlow partnered up to present their findings on the underlying reasons for the comparatively high costs of delivering care in California. These experts shared data demonstrating claim delivery costs amongst the highest in the nation. Utilization review, medical bill review, MPN network fees and medical dispute costs were the driving factors. In a system of California’s size, even with major reform efforts and new controls like Independent Medical Review and Independent Bill Review, it is anticipated that costs will continue to be higher than other states. Many stakeholders anticipate the state’s upcoming formulary and subsequent UR rule changes will drive out much of the frictional costs from the system, but it will be likely be at least six months after these changes go into effect before any data can be collected to assess the impact on medical or administrative costs.

Updates in the Works for UR and Fee Schedule Rules

Stakeholders are engaged in early discussions around potential changes to Rules 16 (Utilization Standards), and Rule 18 (Medical Fee Schedule) which will be updated in January 2018. In February, Department of Labor and Employment (DLE) staff initiated conversations with a broad audience of insurers, PBMs, medical providers, and labor representatives to address pharmaceutical costs and payment timeliness. Input was provided on AWP and its continued relevance as the most viable, robust pricing benchmark for outpatient medications. Other topics discussed included how to better identify and control costs for pre-packaged and over-the-counter drugs. As Colorado uses medical treatment guidelines, some stakeholders recommended a formulary as an enforcement mechanism to the guidelines, and others suggested adoption of a nationally recognized formulary, rather than a a state-developed-and-maintained formulary. The DLE will continue to collect input from stakeholders through the summer, after which they will begin to work on a proposal for the 2018 rule changes.

A special workers’ compensation panel appointed by the Governor to represent employers, workers, and the insurance commission met in January to review and vote on its recommendations to the legislature. The panel voted to advance three recommendations to the legislature, including authorizing the promulgation of rules which would implement a drug formulary, reimbursement adjustments to ambulatory surgical centers, and firming of authorization processes for medical treatment. Given the ongoing discussion around reforming attorney fees and converting Florida to a loss cost system, most experts contend the legislature will not take up the issue of a formulary in 2017. The panel has also recommended electronic billing requirements and evidence-based medical standards. Neither of these recommendations have been actioned by the legislature and it is not expected they will be again in 2017.

Legislators have been debating a comprehensive reform package which would address its nearly two-year long budget impasse. The reform effort, termed “The Grand Bargain,” incorporates workers’ compensation indemnity caps, cuts to medical fees for professional and hospital services by 15%, and holding physicians accountable for the prescribing of compounded medications. The bill package has been amended a number of times, and an earlier version included a measure to implement evidence-based medicine and a drug formulary. Those provisions were stripped from the proposal following pushback from physicians and the trial lawyers’ association. Observers have opined this effort to reform the workers’ compensation system will be an all-or-nothing effort. The state has grappled with employers leaving the state due to the high cost of workers’ compensation for years, and major workers’ compensation reform has been on the Governor’s agenda for the majority of his term.

These states have formally begun exploring how a formulary may help to ensure the appropriateness of drug utilization and costs. Georgia’s State Board of Workers’ Compensation is utilizing an Advisory Council subcommittee to develop a formulary proposal for consideration by the Board. The Advisory Council includes representatives from employers, insurers, local and regional medical providers, and attorneys.

Montana is further along in the process and has scheduled presentations from ACOEM, ODG, and the State of Washington on their respective formularies. More information about those presentations is available on the Montana Department of Labor & Industry website.

House Bill 2830 was introduced in response to an existing loophole in the prior authorization requirement for compounded medications within the current state formulary rule. The bill would authorize the DWC to exclude compounded pharmaceutical medications from the closed formulary. According to a 2015 DWC study, the number of compounds dispensed has drastically declined following the implementation of a closed formulary, while the number of ingredients and cost per compound has skyrocketed during the same period. The compound bill, if passed would become effective on September 1, 2017.

The Office of Injured Employee Counsel (OIEC) recommended a bill that would require carriers to pay physicians for medical causation reports, a tool which is frequently used to clarify if an injured workers’ medical condition is compensable. The OIEC is an independent agency from the DWC which assists injured workers in navigating the workers’ compensation claims process, while still reporting into the Texas Department of Insurance. In addition to the two bills noted here, the DWC has also recently announced its intent to examine patterns of prescribing of MRIs by designated doctors as part of its 2017 Medical Quality Review Audit Plan.

Maine has enacted an emergency rule which sets an exemption to the existing opioid prescription limitations of prescriptions in excess of 100mg daily morphine equivalent (MED), while also requiring such prescriptions be reported to the state prescription drug monitoring program. Exemptions for prescribing and reporting are now clearly established for cancer-related pain, acute postoperative pain, and other specified conditions. The emergency rule is expected to become permanent in 90 days.

New Jersey’s Governor Chris Christie signed Senate Bill 3 which sets a five-day supply limit for prescribers of opioids for patients suffering from acute pain. The bill has other provisions which are not specifically geared towards workers’ comp, but will have an impact on injured workers’ treatment and quality of care. This includes mandatory prescriber education and a statutory requirement that insurers must offer coverage for substance abuse disorders.

Utah passed a bill that sets a seven-day supply limit for opioid prescriptions and encourages physicians to consult the state’s PDMP prior to writing a prescription for opioids. Insurers will also now be able to annually report to the Department of Insurance on their internal policies to combat opioid over-utilization. Insurers can provide a general overview of their policy, including which set of opioid prescribing protocols they consult during the drug approval process.